A peregrine falcon has been found dead in Glenwherry, Co. Antrim, in Northern Ireland, in the exact same location that a young peregrine was found shot in 2012. The peregrine was discovered on 11th April 2016 and was sent to AFBI for post-mortem. It is strongly suspected that the peregrine has been illegally killed. 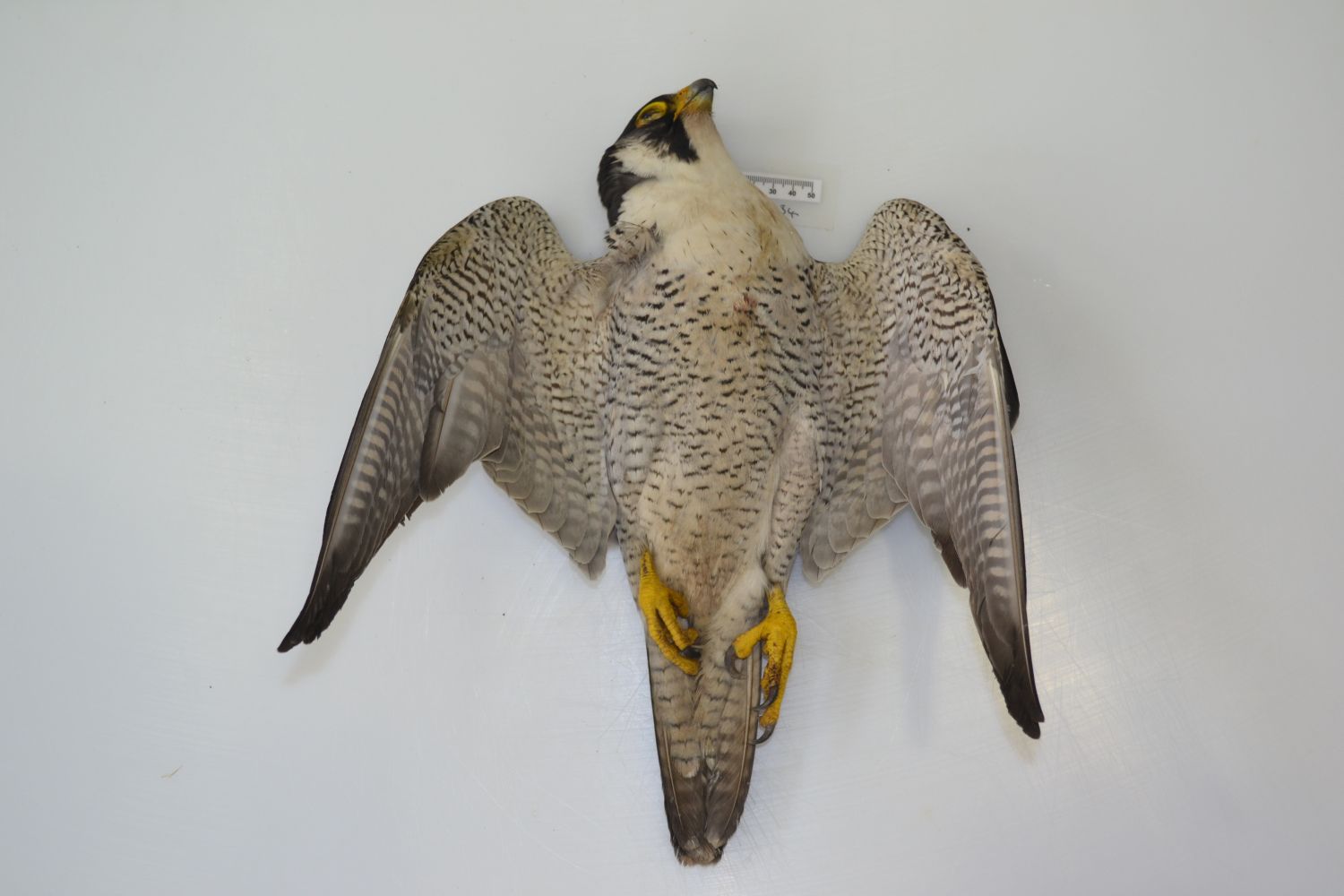 Dr Marc Ruddock from the Northern Ireland Raptor Study Group, who has monitored the peregrines in this area for over a decade along with other volunteers stated: “It is deeply frustrating to think that someone might have gone out of their way to target this bird if the post mortem confirms an illegal act. In 2014 there were only 57 successful breeding peregrine pairs across the whole of Northern Ireland. The loss of a breeding adult has the potential to lead to the desertion of a historical breeding site and widespread persecution could result in serious implications for the viability of the Northern Ireland population of peregrines.”

Dr Ruddock continued “NIRSG volunteers will be increasing surveillance and monitoring at peregrine sites across the country immediately in order to protect nesting sites at this time of year and will report any suspicious activity to the PSNI and would urge the public to be vigilant and also report any suspicious activity or vehicles in the vicinity of any cliffs or quarries immediately to PSNI”.

Wildlife legislation, namely the Wildlife (Northern Ireland) Order 1985 as amended by the Wildlife and Natural Environment (NI) Act 2011, protects all birds of prey from persecution and disturbance during the breeding season by special penalties. Penalties can include fines up to a £5,000 fine per offence and/or a custodial sentence.

Crimes against birds of prey include, but are not limited to, poisoning, trapping and shooting. The setting of poison baits in the open is illegal because it is indiscriminate and has the potential to kill birds of prey as well as other wildlife, pets, livestock and people.

Dr Eimear Rooney, NIRSG representative in the Partnership for Action against Wildlife Crime (PAW), stated: “Disappointingly our fieldworkers detect incidents of raptor crime each year, particularly of peregrine falcons, red kites and buzzards being poisoned or shot. Wildlife crime incidents, particularly where they occur in remote locations, can often go unreported. PAW are working hard to raise awareness both of the law and the protection it affords birds of prey. However, there are clearly still those individuals who are determined to kill birds of prey”.

The NIRSG wishes to send a clear message to these people, persecution of birds of prey will not be tolerated. It does not matter how small each piece of information that members of the public have, it could help the PSNI protect our raptor species and prosecute offenders and would urge people to pass this information either directly to Police on 101 or anonymously to Crimestoppers on 0800 555 111.

The NIRSG are very grateful to the landowners who promptly reported the incident allowing the police to attend the scene very rapidly. Anyone with information on raptor crimes are urged to contact their local PSNI on 101. In March 2016, the PSNI launched Operation Raptor to increase public awareness and encourage reporting of crimes against birds or prey.

• Raptor crimes often comprise illegal shooting, trapping or poisoning events and may occur at any time of the year. It is also illegal to cause disturbance to all raptors or damage their nests or eggs.
• Wildlife legislation, namely the Wildlife (Northern Ireland) Order 1985 as amended by the Wildlife and Natural Environment (NI) Act 2011 protects birds of prey from disturbance and/or destruction by special penalties. Penalties can include a custodial sentence and/or up to a £5,000 fine per offence.
• All raptors are listed on Schedule 1 of the order and there are six raptor species which receive additional protection on Schedule A1 which protects them and their nests from disturbance or destruction at all times of the year. Schedule A1 includes peregrine falcon, red kite, barn owl, golden eagle white-tailed eagle and osprey.
• In the spring of 2014, the PAWNI Raptor Priority Sub-Group produced an information leaflet on raptor crime detection and reporting in Northern Ireland which can be downloaded here: https://www.nirsg.com/wp-content/uploads/2014/02/PAWNI-Raptor-Crime-Leaflet.pdf
• The NIRSG was founded in 1991 and is a voluntary organisation that studies, researches and monitors birds of prey (raptors) across Northern Ireland. We encourage the conservations of raptors and provide information on breeding and wintering raptors to statutory agencies and non-government organisations to ensure effective and practical management and conservation. We raise awareness and profile of all raptor species and inform and assist the police and wildlife agency regarding crimes against raptors. More information can be found at www.nirsg.com 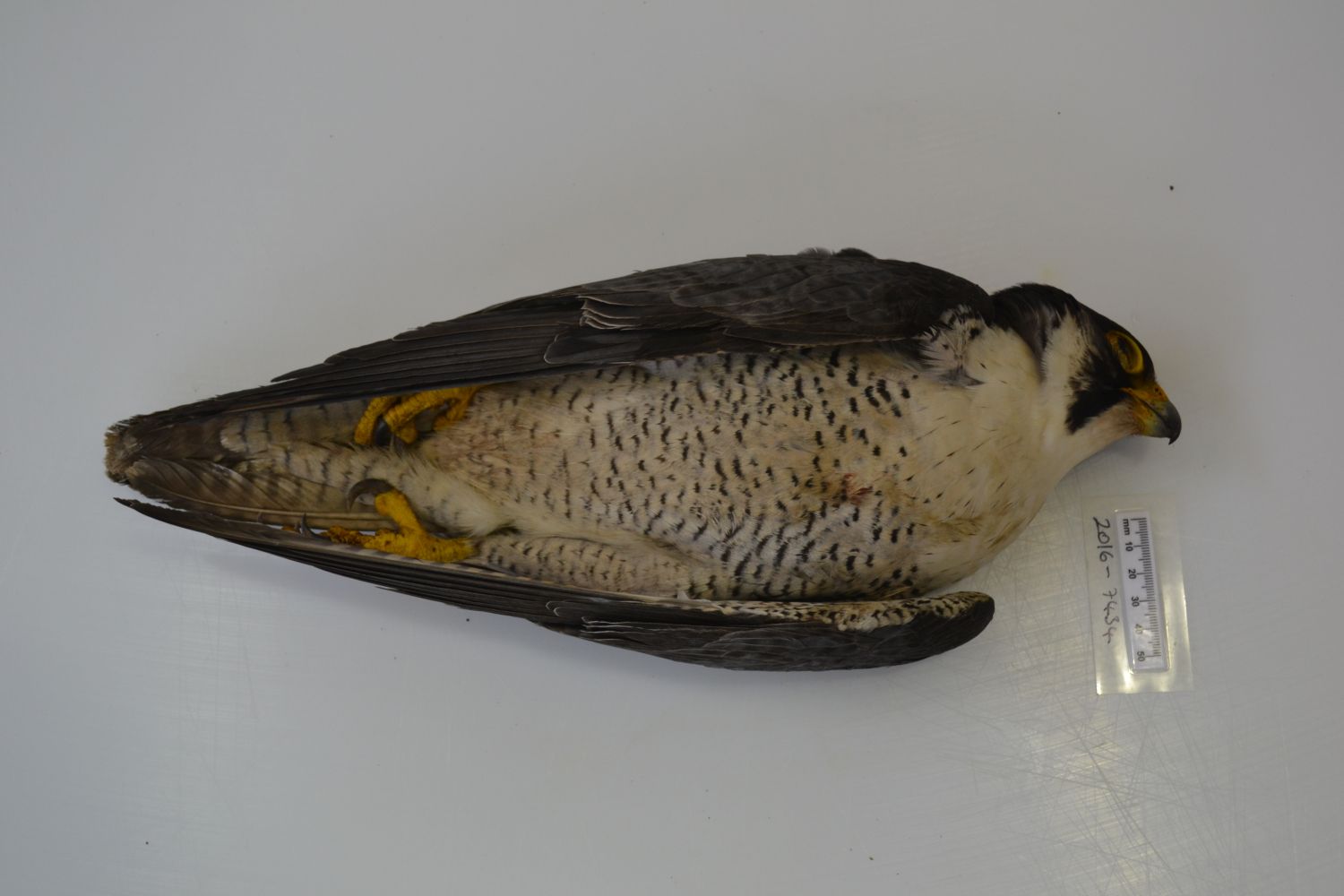