Welcome to the “Raptor Scouts” Project 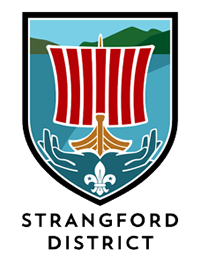 The Scout Association (www.scouts.org.uk) has been operational since 1907 and in Northern Ireland there are seven ‘county’ groups (Londonderry, Tyrone, Down, Armagh, Fermanagh, Antrim and Belfast). There are approximately 10,000 people involved in Scouting in Northern Ireland with approximately 1,200 involved in the Strangford District. The Scout Association is the UK’s biggest mixed youth organisation and changes lives by offering all age groups fun and challenging activities, unique experiences, everyday adventure and the chance to help others so that we make a positive impact in communities.

The Northern Ireland Raptor Study Group (www.nirsg.com) was formed in 1992 and is a volunteer organisation that studies, researches and monitors birds of prey and owls (raptors) across Northern Ireland. We encourage the conservation of raptors and provide information on breeding and wintering raptors to the government and other organisations to ensure effective and practical management and conservation. We raise awareness and profile of all raptor species and help people to understand their conservation and threats these species face.

The Scout Association have a series of environmental awareness programmes as administered through activity badges which are undertaken by many of the participants. Examples of activity badges include Forester, Global Conservation, Environmental Partnership, Hillwalker, Hiker, Heritage, Naturalist and other recreational badges which encourage environmental awareness, appreciation, access and enjoyment of our environment. The Scout programme allows an increase in awareness of specific topics with a reward system (badges) that allows personal development. By working together with the NIRSG to create a unique experience this programme will offer the opportunity for each of the participants to gain an occasional badge to become a “Raptor Scout”.

The Challenge Fund is co-ordinated by the Northern Ireland Environment Agency which is part of the Department of Environment (DOE; www.doeni.gov.uk) and monies come from the plastic bag levy (http://www.nidirect.gov.uk/carrier-bag-levy).