1) Latest hen harrier survey reveals UK population in 2016 of 545 territorial pairs, a drop of 88 pairs since the last national survey in 2010.
2) Scotland remains the stronghold for the UK hen harrier population, with 460 pairs.
3) In England the hen harrier remains on the brink of extinction as a breeding species with just four territorial pairs in 2016. Northern Ireland and Wales also both report a decline in numbers in the past six years.
4) Longer term figures show dramatic decline of 204 pairs (39%) in the last twelve years.

The hen harrier population has suffered a decline of 88 pairs (13%) over the past six years with a total UK population estimated to be 545 pairs, according to the latest figures from the fifth national hen harrier survey.

Known for their majestic skydancing ritual, this graceful bird is one of the most threatened birds of prey in the UK. Historically hen harriers were once a much more widespread breeding species before they were driven to extinction in mainland Britain during the 19th century. Despite its comeback, the species has remained rare in the UK with a breeding population under 1000 pairs making it vulnerable to the effects of habitat loss, weather and illegal killing.

Scotland remains the stronghold for UK hen harriers with an estimated 460 pairs in 2016, around 80 per cent of the UK population. This estimate is nine per cent below the best estimate in 2010 of 505 pairs. The west Highlands continue to provide a home for the majority of Scotland’s breeding harriers (estimated 175 breeding pairs), while Orkney and the Hebrides were the only areas of the country to show a slight increase in the number these birds.

The survey also revealed that the hen harrier remains on the brink of extinction as a breeding species in England as the population fell from 12 pairs in 2010 to just four pairs last year. Estimates from the Joint Nature Conservation Committee (JNCC) suggest there is potential habitat to support at least 300 pairs of hen harrier in England, highlighting the desperate situation they face.

The hen harrier population had been slowly recovering in Wales since re-colonising in the late 1950s but the latest figures show that the number of pairs has fallen by more than a third over the past six years, from 57 to 35. This is the lowest population that has been seen in Wales for over a decade.

With 46 pairs, Northern Ireland also experienced a decline in pairs after 59 were recorded in the previous survey. Hen harriers were also surveyed on the Isle of Man, in partnership with Manx BirdLife, with numbers remaining stable at 30 pairs, up one on the 2010 total.

Longer term figures highlight the dramatic decline the UK hen harrier population has suffered over the past twelve years. The national survey in 2004 pointed to an estimated 749 pairs, meaning hen harrier numbers have fallen by 204 pairs (39%) in the years following. 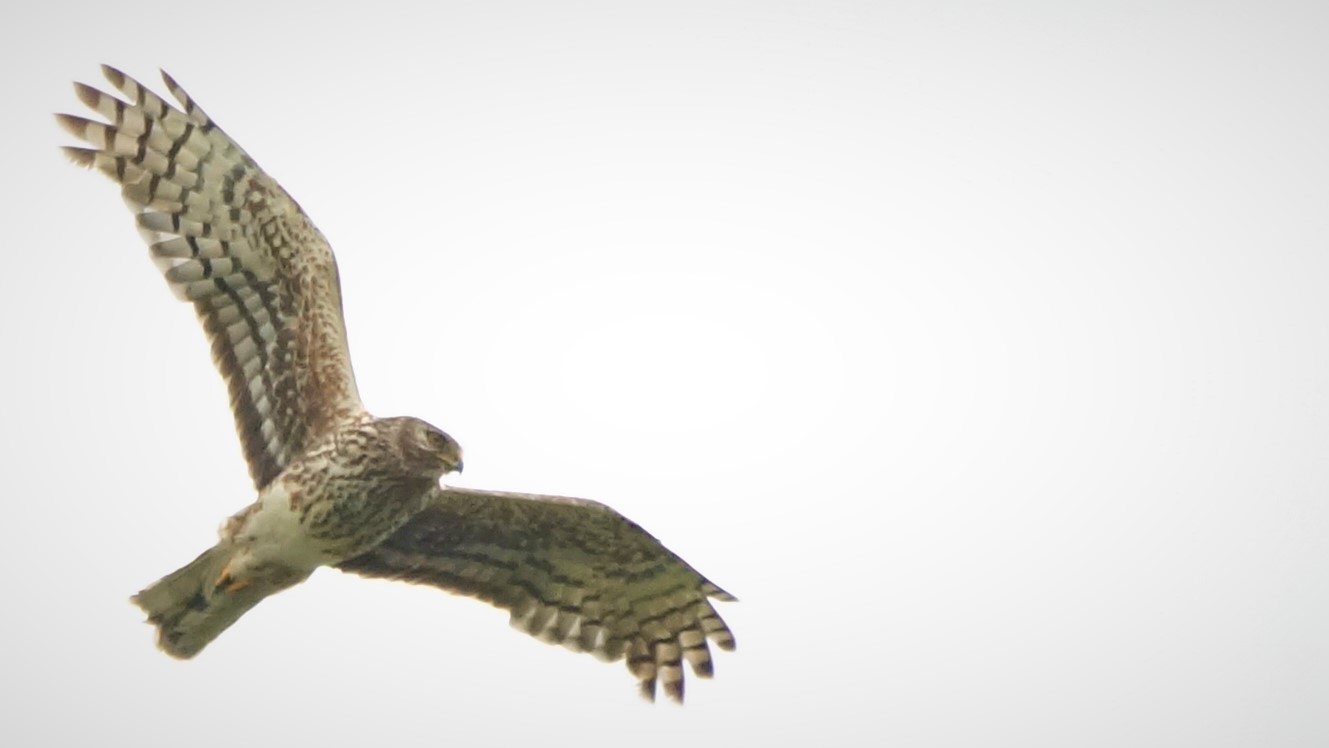 Martin Harper, RSPB Conservation Director, said: “The hen harrier is one of our most wonderful birds of prey, to see one soaring through the air before dramatically diving down during its thrilling skydancing display is an iconic sight and one that will always take your breath way. These are sights that we should all be able to enjoy. Unfortunately, we are being robbed of the chance to see these beautiful birds flourish throughout the UK countryside.”

The reasons for the population changes are likely to be a combination of factors that vary from region to region. From previous research, it is known that the main factor limiting the UK hen harrier population is illegal killing of these birds associated with driven grouse moor management in northern England and parts of mainland Scotland. Other pressures such as cold and wet weather conditions over a number of breeding seasons, changes in habitat management and low prey abundance could have all had an impact on numbers throughout the UK.

Martin Harper added: “The latest figures back up a continued trend that we have seen for more than a decade – hen harrier numbers are on the decline throughout the UK. The illegal killing of this bird of prey is a significant factor behind the diminishing numbers and a large barrier stopping their recovery. Without purposeful action from all, including governments across the UK and the shooting industry, we may see hen harriers once again lost from more parts of the country.”

The UK wide survey was carried out from the beginning of April to the end of July last year and as a partnership between RSPB, Scottish Natural Heritage (SNH), Natural Resource Wales (NRW), Natural England (NE), the Northern Ireland Environment Agency, the Scottish Raptor Study Group, the Northern Ireland Raptor Study Group, Northern England Raptor Forum and Manx BirdLife. It was co-funded by SNH, NRW and RSPB with the fieldwork being carried out by expert licensed volunteers and professional surveyors.

Eileen Stuart, Scottish Natural Heritage Head of Policy & Advice, said: “While Scotland remains the stronghold for hen harriers in the UK, the continuing decline is a serious concern particularly the low numbers found in parts of the mainland. We’re committed to continuing to work with a wide range of partners to tackle wildlife crime through PAW Scotland, including initiatives such as Heads up for Harriers, and General Licence restrictions where evidence supports such action. Scottish Natural Heritage and Forestry Commission Scotland have set up a joint Raptor Working Group to identify and promote the opportunities of forestry for raptors, including hen harriers, to sustainably deliver Scottish Government environmental and forestry policy.”

Simon Wotton, lead author of the study, said: “This UK-wide survey required a monumental effort from a number a number of different funders, organisations and volunteers – without their help, dedication and expertise we wouldn’t be able to build up this accurate picture of these magnificent birds of prey. We hope these results will convince all those who are in a position to help hen harriers to take positive steps to ensure their protection and rebuild the UK’s hen harrier population for people to enjoy for generations to come.”