During the breeding season many animals defend their territories and breeding sites from potential danger and birds of prey are no exception. Birds of prey will ‘alarm call’ at any perceived threat that comes too close to the nest site. On rarer occasions they may dive at the threat if it persists. This is a natural response which can be observed by many different types of wildlife. For example, many of us are familiar with being ‘dive-bombed’ by gulls. 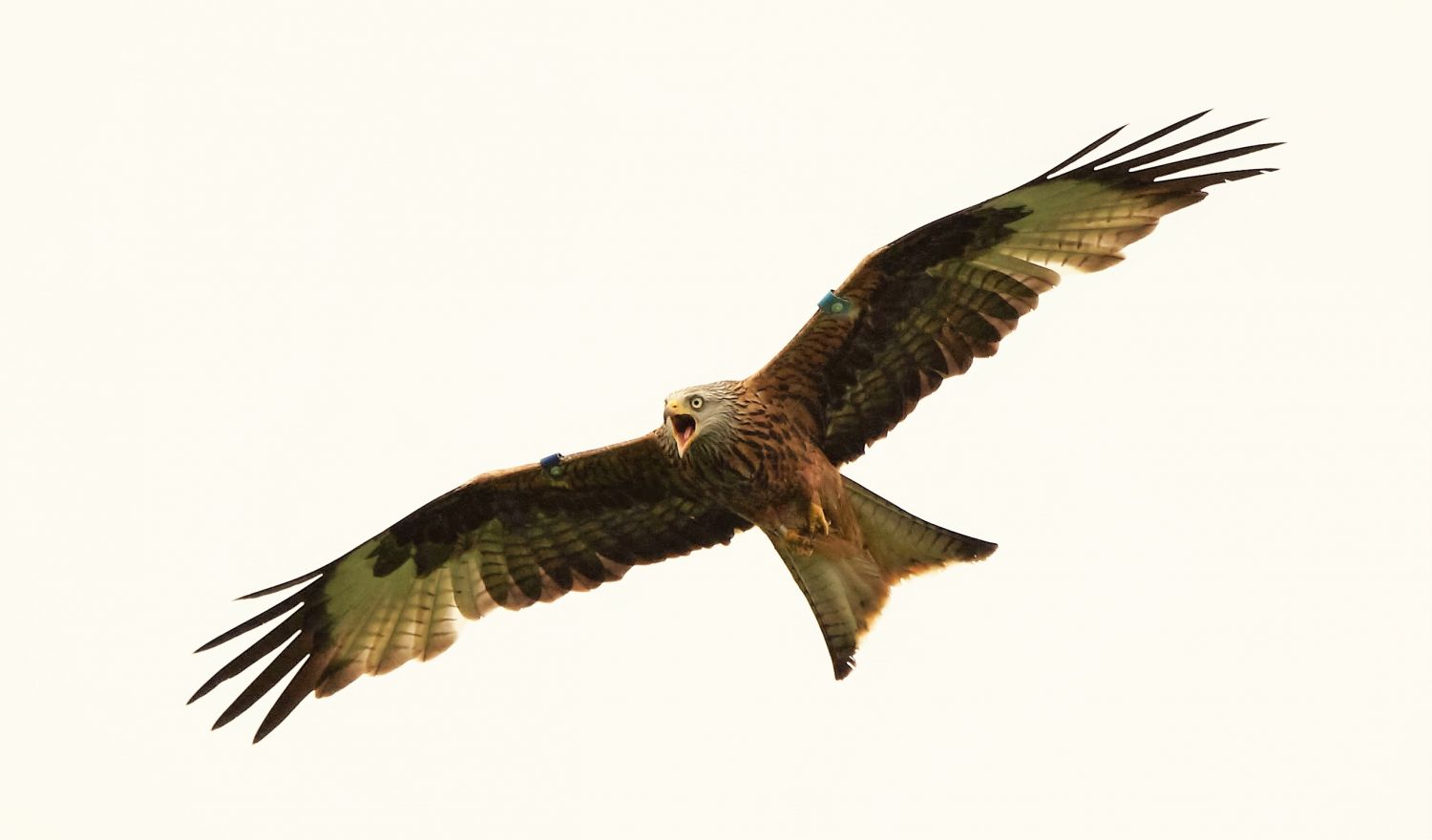 Alarm-calling is usually enough to deter the threat, but for those of us who are not familiar with the sounds of birds of prey may not realise what is happening and continue merrily on our way, getting closer and closer to the nest.

It is rare for a bird to actually make contact but some individual birds are more aggressive, and if frequently disturbed, it may happen. NIRSG get a few reports of these sorts of responses every year. To the nesting bird you are no different from the threat posed by a fox or another bird of prey.

Regular disturbance of a nest site can result in the adults not being able to incubate their eggs efficiently, causing the chicks inside to die, or later in the season defending their nest site from disturbance can distract the adults from hunting or caring for the young and as a result the chicks in the nest may starve. For this reason it is illegal under the wildlife legislation to recklessly disturb ANY bird during the nesting season.

It is best that people stay clear of nesting areas, unless you have wildlife licence, where possible until the breeding season is over, typically around the end of July. We understand that people may be oblivious to the early warning signs that they are approaching an active nest site and it is good to remain vigilant and use your eyes and ears when out and about, particularly if you hear a bird calling repeatedly in the area. 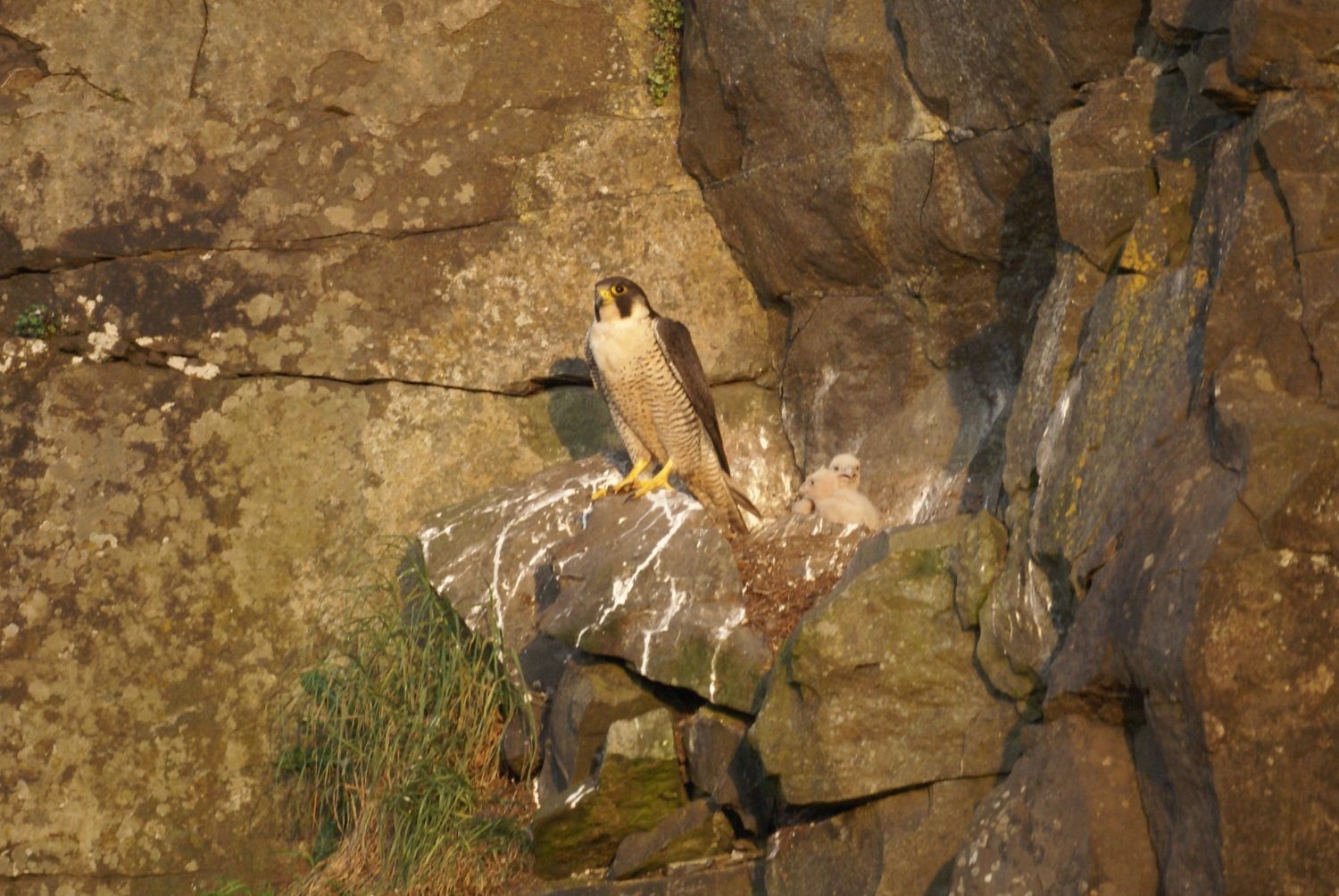 Birds of prey in Northern Ireland are protected all year under the Wildlife (Northern Ireland) Order 1985, as amended by the Wildlife and Environment Act (NI) 2011 and it is illegal to disturb them at, in, on or near their nests. There is a reason for this. Birds of prey sit at the top of their food chain and as a result they are very sensitive to changes in the environment. This leaves each individual very vulnerable and populations can become unstable. The success of their breeding attempts can be affected by disturbance, with eggs and chicks at risk from chilling, predation and starvation when the adults are responding to perceived threats. One or two successive poor breeding years is enough to cause radical declines in some species.

What can you do?

If you are aware of a bird of prey calling when you are out and about, take a few seconds to think, ‘Am I disturbing this bird and could it be calling at me?’ If so, please find an alternative route for the next number of weeks – most bird of prey chicks will have left the nest by the end of July and after this time the defensive behaviour of the adults will lessen.

You can share information about where you are witnessing this protective behaviour and ask other people to avoid the area until the end of the breeding season.

Finally, if you witness any bird of prey being antagonised or disturbed you can call PSNI on ‘101’ or anonymously at Crimestoppers ‘0800 555 111’. This disturbance is, after all, a crime, and should be reported.

Raptor crimes often comprise illegal shooting, trapping or poisoning events and may occur at any time of the year. It is also illegal to cause disturbance to all raptors or damage their nests or eggs. Wildlife legislation, namely the Wildlife (Northern Ireland) Order 1985 as amended by the Wildlife and Natural Environment (NI) Act 2011 protects birds of prey from disturbance and/or destruction by special penalties. Penalties can include a custodial sentence and/or up to a £5,000 fine per offence.

All raptors are listed on Schedule 1 of the order and there are six raptor species which receive additional protection on Schedule A1 which protects them and their nests from disturbance or destruction at all times of the year. Schedule A1 includes peregrine falcon, red kite, barn owl, golden eagle white-tailed eagle and osprey.

In the spring of 2014, the PAWNI Raptor Priority Sub-Group produced an information leaflet on raptor crime detection and reporting in Northern Ireland which can be downloaded here: https://www.nirsg.com/wp-content/uploads/2014/02/PAWNI-Raptor-Crime-Leaflet.pdf