A medium-sized raptor often mistaken for a Buzzard. Adult plumage is similar  between the  sexes, with  a  pale grey  head, rufous upper and underparts  with  white  patches  on  the  underwings  and  a  distinctive reddish and deeply- forked tail that is used like a rudder. Red Kites occupy a range of habitats and can often be seen over towns and villages and most often over open farmland. They have a varied diet that includes small birds, mammals, amphibians, carrion and invertebrates and can often be seen walking around fields ‘worming’. They build nests in small woodlands and are well known for decorating their nests with items such as wool, paper, plastic and clothing which historically earned them the name,  “Cloth  Kite”.  Communal  winter  roosting  is  common.  In 2010, County Down saw the first red kites to hatch in Northern Ireland in over 200 years. This small breeding population is extremely vulnerable to illegal poisoning. 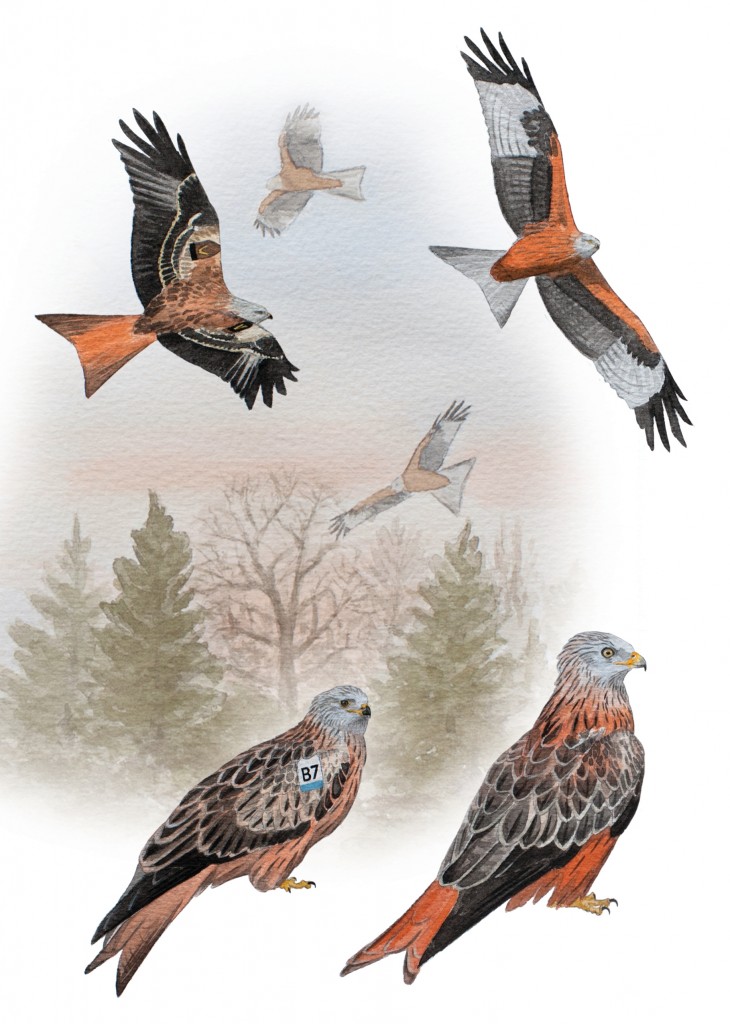