The raven is a passerine, not a bird of prey, but due to its ecological similarity it has been adopted as an ‘honorary raptor’. This species is the largest passerine and is larger than a Common Buzzard. It is entirely black, including its plumage, legs, eyes and bill. In flight its thick bill and wedge-shaped tail are distinctive. An extremely intelligent bird, it has one of the widest known vocabularies of any bird species and its loud ‘crank’, knocking and clucking calls are distinctive. An omnivore and opportunistic feeder, its diet includes sheep and deer carrion, small-medium sized mammals, berries, eggs and human rubbish. The raven’s nest is a deep wool-lined structure built on high cliffs, crags, ravines and trees and occasionally on man-made structures such as dams, derelict buildings and pylons. Young and non-territorial birds gather in large communal roosts throughout  the year. 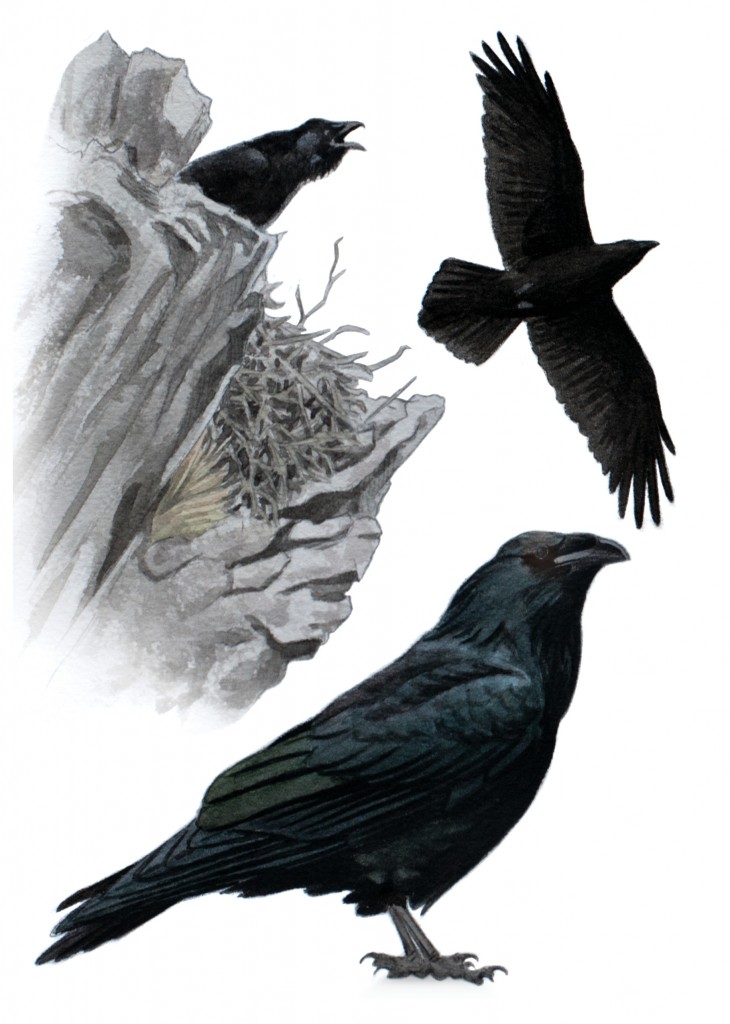