The largest breeding falcon in Northern Ireland with a pronounced size difference between sexes.   Adults have dark blue-grey upperparts (browner in females) and pale underparts with dark barring. The cere, eye ring and  legs  are  yellow  with  a  dark eye.  Has prominent ‘moustache’ marking. Juveniles have brown upperparts  and  show   heavy  vertical streaking on underparts. This is a large, powerful falcon best known for its high  speed  vertical  swoops  to  catch  its  prey  which  typically  includes pigeons, shorebirds, ducks and other medium-sized  birds, but will take a wide range of prey from goldcrests to geese. The peregrine is adaptable to many habitats from the uplands to the lowlands. Usually uses a scrape

on a bare rocky ledge for nesting and readily takes to cliffs, quarries and even tall buildings for breeding. Known to sometimes use old crow nests in trees, but fairly infrequently. 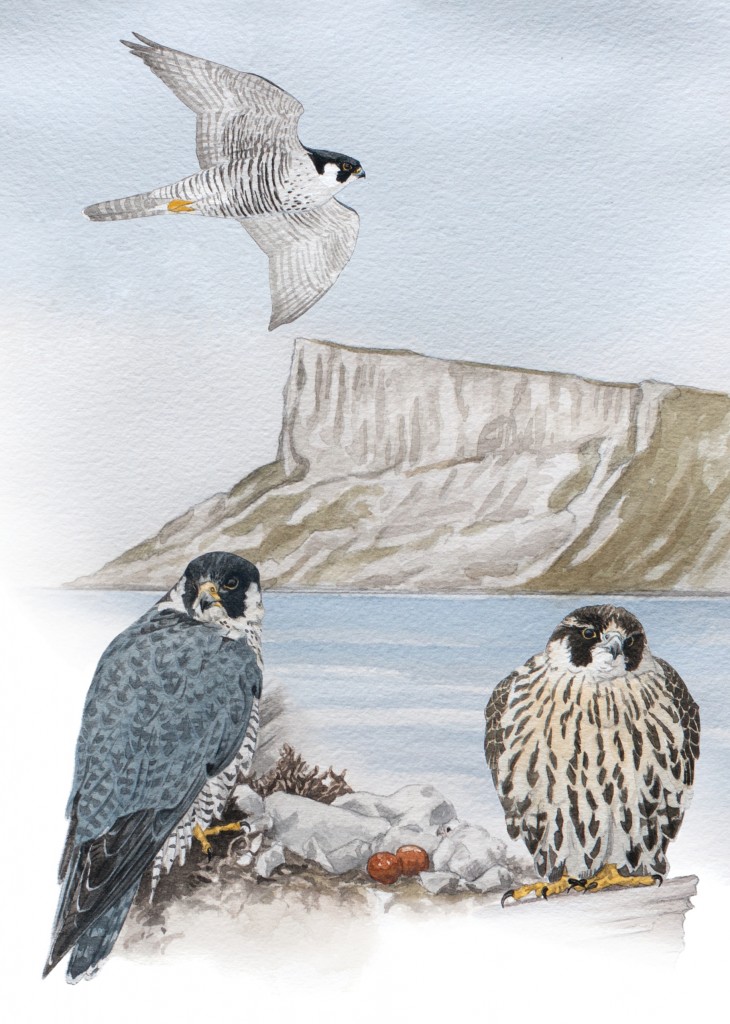