Previously a common breeder but persecuted to extinction by the 19th century. Regularly seen on migration in spring and autumn; expected to breed again in Northern Ireland in the near future.

The Osprey is a strikingly distinctive medium-large sized raptor. Adult plumage is similar between the sexes with uniformly dark brown upperparts, white underparts and a white head with a thick dark eye-stripe and yellow eyes. Its flight profile is a characteristic ‘M’-shape made by bending its wings. The Osprey is a fish-specialist and rarely eats anything else and so is usually found near water, including freshwater inland rivers and laughs as well as coastal estuaries and shorelines. It nests at the top of tall trees (often pines) and readily takes to artificial nest platforms. Such platforms are being erected in suitable habitat across Northern Ireland to encourage the passage birds to consider recolonising their former range. This species has been reintroduced elsewhere in the UK. 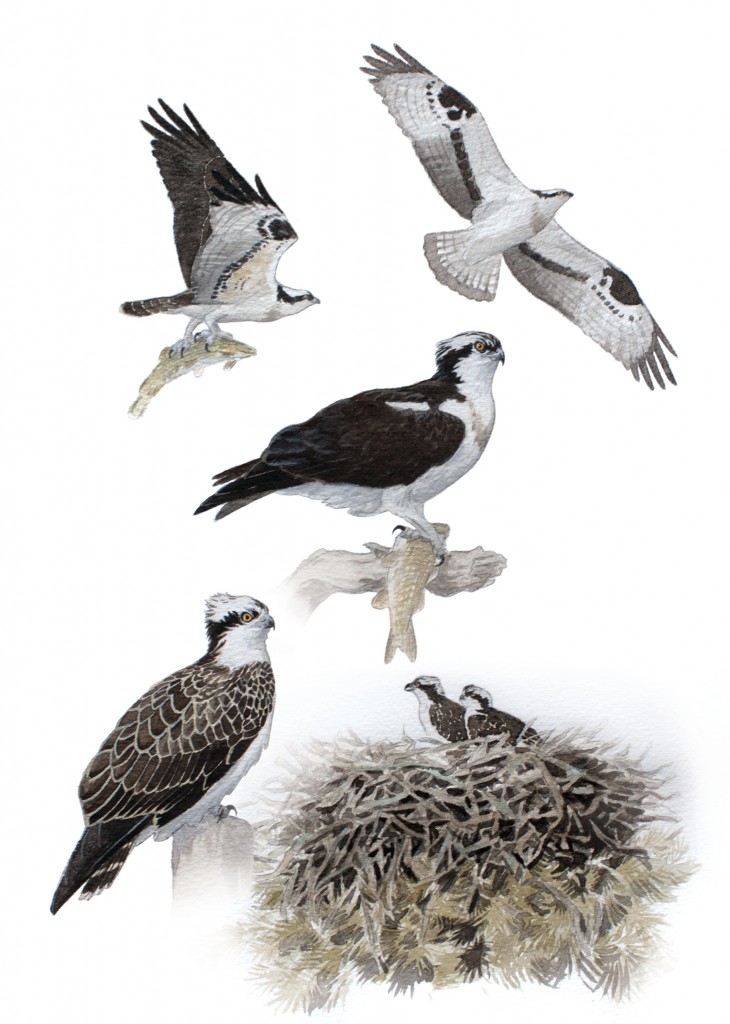