A report into the illegal killing of Northern Ireland’s native birds of prey has been published by the Partnership for Action against Wildlife Crime. It reveals there were nine confirmed illegal poisoning or persecution incidents, affecting 11 protected birds of prey, in Northern Ireland in 2014. This report follows on from the 2009 – 2013 Persecution Report published last year.  Between 2009 and 2014 there is now a total of 44 confirmed reports of native birds of prey being illegally killed, plus one confirmed incident of illegal nest destruction. 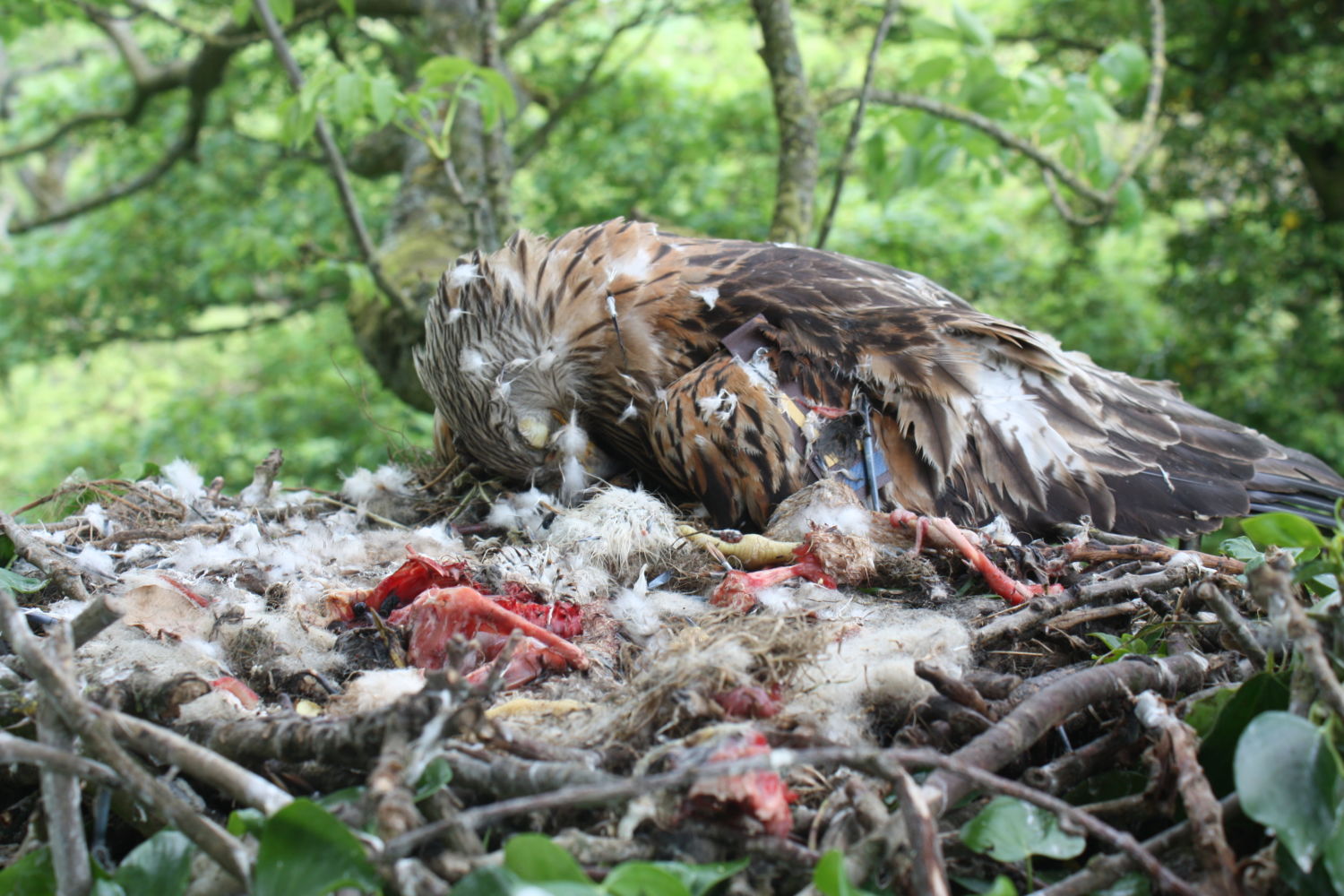 The report examines occurrence and trends in persecution of these birds, which has allowed PAW to produce ‘hot-spot’ maps to identify areas where crimes against birds of prey are occurring. Of the nine confirmed cases in 2014, four of these occurred in County Down, two in County Tyrone and one in each of counties Londonderry, Armagh and Antrim. The report shows that the most frequent casualties were buzzards and the recently re-introduced red kite, with four of each of these species killed. Red kites and buzzards are particularly susceptible to poisoned baits as they will scavenge on carrion routinely. There were also two peregrine falcons and a sparrowhawk killed.

Four of the incidents involved the use of the highly toxic pesticide ‘Carbofuran’, which has been banned across the EU since 2001.  The poison has often been laid illegally to target ‘pest species’ and the birds of prey have fallen victim to its indiscriminate use.  However some species or nests have been specifically targeted.  Seven birds also tested showed detectable levels of secondary poisoning by rodenticides (bromadiolone, brodifacoum, difenacoum, and/or flocoumafen) – suggesting that these birds have eaten rodents that have ingested rodenticides.  The levels of these chemicals were not deemed to have been the primary cause of death of these birds but highlight that there is misuse of ‘over the counter’ pesticides across Northern Ireland.  Users must always read and adhere to the label instructions of the pesticide; they should collect and correctly dispose of any rodent carcasses daily.

Commenting on the report, Minister for Agriculture, Environment and Rural Affairs (DAERA) Michelle McIlveen MLA, said: “This report highlights the ongoing disregard for the safety of people and animals in our countryside through the illegal use of highly toxic poisons.

“The loss of vulnerable birds of prey to acts of persecution is extremely worrying, as they are a keystone species in our ecosystem and play an important role in the natural order.  Maintaining and enhancing biodiversity is a central objective of my Department.  I call on those responsible for these reckless acts to cease doing so and I urge anyone who may have information about these crimes to contact the PSNI or Crimestoppers.”

Superintendent, Brian Kee, PSNI service lead for rural and wildlife crime added: “It isn’t acceptable for birds of prey or any other wildlife to be killed in this way.  These actions are illegal and the use of toxic poisons is indiscriminate as they put children, pets and livestock at risk too. I would urge anyone with any information on these types of crimes to report this to the PSNI on 101 or anonymously via Crimestoppers on 0800 555 111 and be assured of PSNI continued efforts in the tackling of wildlife crime.”

The report lead author, Dr Eimear Rooney (Raptor Officer for NIRSG) commented: “This is the second report which maps the confirmed bird of prey persecution incidents in Northern Ireland.  It is great to have the partner agencies working closely together to combat raptor persecution.  This report helps us all to understand the scale and distribution of the problem. It is heart-breaking to think of the deaths of these birds but it is particularly shocking to see the continued usage of highly toxic Carbofuran.”

The raptor persecution and poisoning report for 2014 can be downloaded at the following link: 2-paw-rs-persecution-report-2014_final