The Merlin is the smallest falcon found breeding in Northern Ireland. Despite its small size, this is a powerful, feisty bird with short pointed wings and a dashing flight. Generally dark and streaky, the adult male is blue-grey while the adult female is browner. The chest of both sexes is heavily streaked and the underwings are dark. The dark tail has narrow white bands and the face often lacks the bold ‘moustache’ marks of other falcon species. This is primarily an upland breeder of heather moorland where its favoured prey is the meadow pipit and other small birds (including nestlings) and moths. Typically a ground-nesting species, although is known to also use old crow nests usually in coniferous forests. In the winter the Merlin typically moves to lower elevations including farmland and coastal regions where it preys on small wader species. Some individuals may migrate to mainland Europe in the winter. 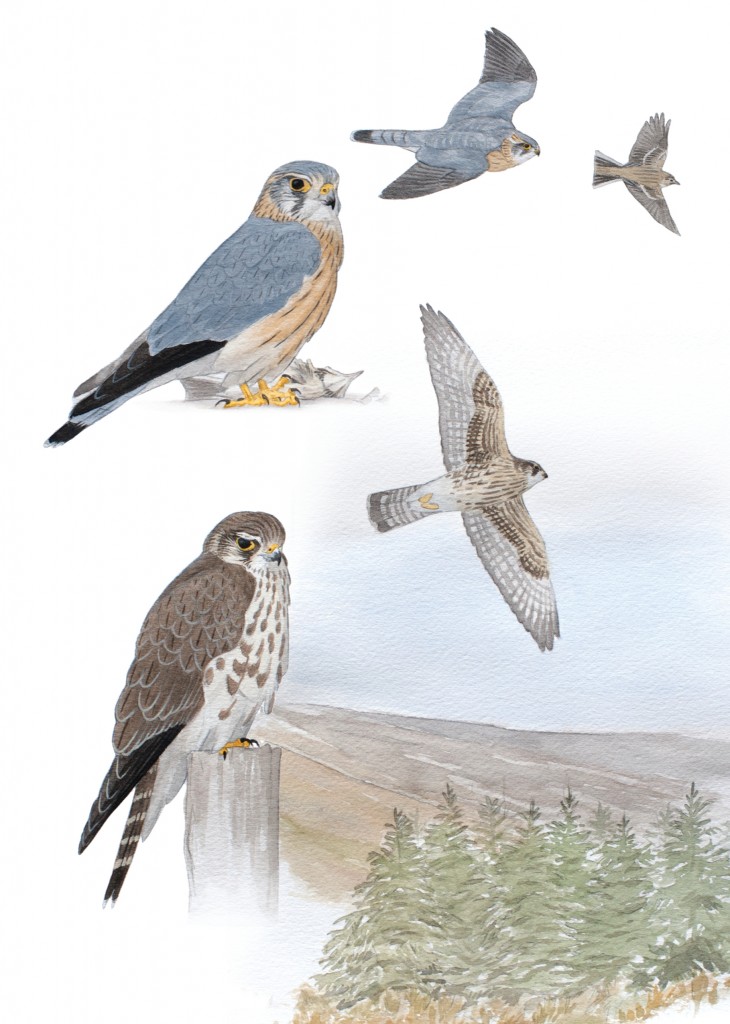