Irregular summer visitor. Breeding is suspected but no nests found to date.

A small but powerful falcon, the Hobby is sometimes described as a ‘mini Peregrine with red thighs’. Adult  plumage is the same for both sexes, with slatey-grey  upperparts, a  thin white  supercilium  and strong  ‘moustache’ markings with  a  prominent  white  throat  and  collar. The  underparts  are pale and heavily streaked apart from the thighs and under-tail feathers, which  are strongly  rufous. The  Hobby is a  summer  visitor, arriving from

Africa in April and May and leaving again in September and October. An exceptionally agile hunter, it preys predominantly on dragonflies and small birds such as swifts, martins and swallows, regularly catching its prey on the wing and consuming it in flight. The Hobby often utilises old crow nests for breeding. Typically a lowland species and commonly seen hunting around gravel pits and other wetlands where there is abundant prey. 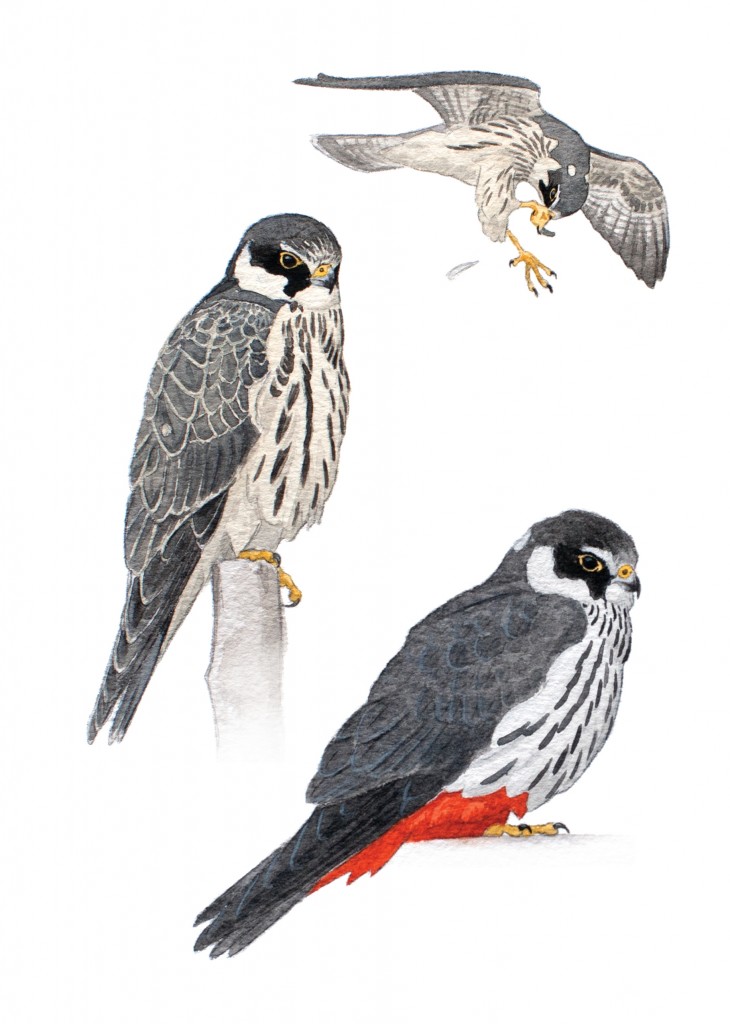