A relatively large raptor with a pronounced size difference between sexes. Adult plumage is blue-grey upperparts with pale underparts that are strongly barred. It has a distinctive white ‘eyebrow’ (supercilium) and orange-red eyes. Juveniles are browner and their underparts are vertically streaked rather than barred. For a large raptor the goshawk can be quite elusive and secretive and is rarely seen by the casual observer; probably a legacy from earlier persecution as this species is common in urban areas in some other countries. The goshawk requires large blocks  of undisturbed forest where it builds a large stick nest. It is a surprisingly agile hunter and preys on medium-sized mammals and birds, especially wood pigeons, squirrels, crows, rooks and rabbits. Threats include persecution,  disturbance  and clear-felling. 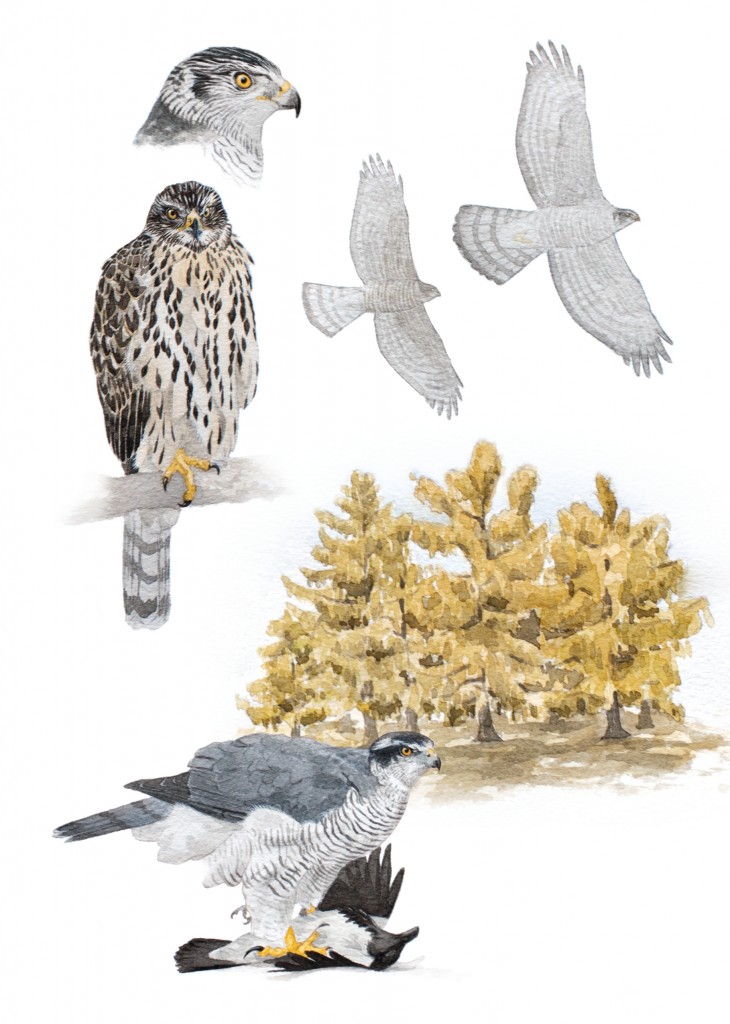