Previously a resident breeder but persecuted to extinction by the early 1900s. Recently reintroduced to the Republic of Ireland (Co.  Donegal) where now breeding; expected to breed again in Northern Ireland in the near future.  Sub-adults  currently  seen  infrequently.

A very large raptor, adult male and female Golden Eagles have identical plumage which is uniformly dark brown with a golden sheen on the back of  the  neck  and  head.  Upperparts  can  sometimes  show  variable  pale mottling. Juveniles are similarly dark but have distinctive white  patches in the wings and a white tail with a thick  black terminal band. The Golden Eagle is a  bird of open country, especially  upland moorland, mountains, hills and cliffs. An immensely powerful predator with a generalist diet but especially medium to large mammals, birds and carrion. Builds huge stick

nests  in  trees,  on  cliffs  and  sometimes  on  the  ground.  Extremely vulnerable to illegal persecution such as poisoning and shooting. 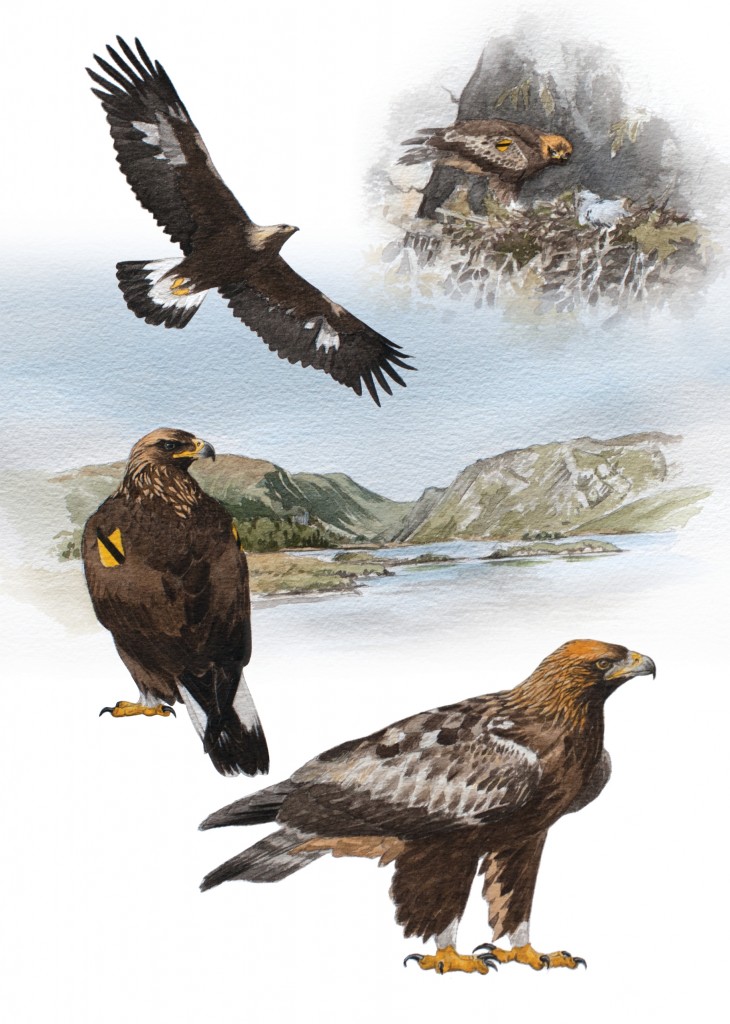